My Top 5 Favorite Reads of All Time (So Far)

*Disclaimer: This post contains affiliate links, meaning if you click on a link and make a purchase, I may get a small compensation. The opinions expressed are mine alone*

Hello there, my fellow aspiring writers.

Today I wanted to dive into a topic that lets you get to know me better—my favorite reads throughout my lifetime. I should preface this that I wasn’t much into reading within my younger years; to be honest, reading would put me to sleep. So, I often opted to play a video game or watch a movie.

Funny how even though I hated reading, I still wanted to be a writer. That’s not usually how writing works, but I’ll take it. I guess that goes into the whole “write what you want to read” tip.

Anyway, despite my general dislike for reading, there have still been a few books and novellas that have hooked me on reading. I couldn’t put down some of these until I finished an entire series, and I still wanted more.

Before we get into the list, let’s start with some ground rules.

First: all books or novellas are ones I have read throughout my lifetime. If I haven’t read it, it can’t be on the list.

Second: These are all stories I loved listed from great to greatest ever.

Third: This is an opinion post, and I respect that you may not agree with some of the books in this post or the order. I would love to hear your list in the comments below!

And finally, this is a fun post, and hopefully, you can find something new to read!

So, without further ado, let’s get started with…

I have been playing a ton of Among Us with my friend group lately. We meet every Monday night and play for a good three hours, accusing each other of being the imposter, and it’s a real hoot. I love our Among Us time, so when my Writing the Novella Professor assigned Three Blind Mice as reading, I was already hooked on the premise.

It’s Among Us at a Bread and Breakfast. That’s how I described it to my wife, and I will continue to use that phrase here.

From the first scene to the very last word, I was hooked on Agatha Christie’s words. She quickly establishes her character, gives us everything we need to know in quick brush strokes, and allows the story to go. The suspense and mystery build and resolves at the perfect pace and never overstays their welcome.

The show’s real star of Three Blind Mice is how Christie uses the setting and environment to force her characters to solve the mystery in a timely manner. They are snowed in at a bread and breakfast with a murderer among them. Gasp! With everyone’s strong personalities and overall dismissive behavior, anyone could be the impostor.

So, the main reason this one isn’t higher on the list is that I just read it last week. It hasn’t had time to stand the test of time. Now let’s move on to the next one.

I loved the twist on the firefighter’s role in society and how they are a tool to maintain governmental oppression over their people. As a kid, I didn’t realize there was a political message, and the story was about so much more than burning books; I thought the irony of a fireman making fire was fascinating. In my first readings, I may not have understood the words on the page, but I was engulfed in the world. And as the little girl made our protagonist change his opinion on books, so too did my opinion begin to change. Reading became fun.

Ray Bradbury has such a unique writing style that I felt as if I was watching a movie while reading the book, and I will keep coming back to this story for years to come. I hope that my writing voice will be equally as recognizable as Bradbury’s.

As it has been a few years since I last read this book, I don’t have much more to say about it and cannot put it higher on the list. That said, I hope to come back to it later this year and write a full review. Anyway, let’s move on.

#3. The Astonishing by Peter Orullian:

I never thought there would be a day where I was reading a novel based on my favorite band’s album. I’ve heard of books becoming movies but never thought of songs becoming books. Anything is possible!

Dream Theater came out with a high concept sci-fi/ fantasy album in 2016, and I loved every second of the album. The characters came through impeccably, and the storytelling was incredible for the media through which it was told. In 2019, I saw Dream Theater in concert with my beautiful wife, who only went because I like the band. Though, to my surprise, there was a book in the merch store.

Forget the T-shirt, I thought and bought the book on the spot. I gave this book a full review here if you want to get more in-depth.

Peter Orullian does a fantastic job of capturing the album’s feel, bringing the excitement, magic, and intensity to life. He adds story beats that fill plot holes that the album missed and makes a better experience out of The Astonishing.

He molds the two genres of Sci-fi and fantasy expertly. The futuristic setting and fight against the emperor, with the hint of a magic system that is the secret weapon, is beautifully crafted. I might reread this after finishing this article.

Wow, we are getting into the final two reads. Can you guess them?

If this were a list of my top 5 movies of all time, Lord of the Rings would easily be number one without question. However, we are talking about my favorite reads, and it took me way too long to read this series finally.

I initially tried to read Lord of the Rings as a middle school student, and I couldn’t do it. It bore me to sleep and didn’t capture the same excitement as the movies. It’s slow, and time moves slower in the books than in the movies. For example, in the book, it takes years between Bilbo leaving the ring to Frodo and Frodo setting out on his journey. I think there is a gap of 40 years between the two events.

However, when I went back to read this series as an adult and aspiring fantasy author, I saw the stories in a whole new light. J. R. R. Tolkien is a master of world-building, and he makes Middle-Earth a real place. In reading fellowship of the ring, you care for the shire, and it is a home you miss, just like the characters. You grow an attachment to these characters as they go on their journey in a way the movies cannot capture.

The reason LotR is not number one is that there is a series, I have gone back to more times than I have fingers to count. A series that made me want to read, whether in a car, on a plane, or if I had free time. My favorite read is…

Here we are. My all-time favorite read and one I continue to go back to time and time again. Harry Potter: the series. If I were to narrow it down to just one, it would be Order of the Phoenix, as that was the first book I read of the series.

Story-time: As a child, my mom was very protective of me and the media I consumed. When Harry Potter first hit bookshelves, I wasn’t allowed to go anywhere near it. Witchcraft is the art of Satan, and I needed to be the perfect Christian child.

Needless to say, it was years before I finally got my hands on the book.  My uncle Adam from my short story The Treehouse gave me his copy of Order of the Phoenix, and I was instantly engulfed in the world. I couldn’t put the book down. Once I finished, I got the half-blood prince, the deathly hallows, and still wanted more. I finally went back to the sorcerer’s stone and read it all.

I loved the characters, the message of friendship, the fact Harry felt an outcast helped me connect with him. Even though I hated reading at the time, and still, I would read every chance I got. There has not been a series that has captured me in the same way Harry Potter had. That is why it is my number one top read ever.

Looking back at my childhood, I wish I read a lot more than I did. It would have better prepared me to become a writer and set on this path of writing a novel and maintaining a blog helping other aspiring writers.

This year I intend to read more books and put up more reviews. I want to widen my scope and eventually come up with my best reads of 2021 and so on.

If you enjoyed this list, let me know in the comments below and share some recommendations of books you enjoyed. Maybe I’ll review them.

Love this! I was trying to find some new books to read so thanks for sharing 🙂 I did guess your top two.I will look forward to discussing your bottom three pics with you after I’ve read them.

I agree with you on the Harry Potter books. My favourite is Azkaban. What a clever author to write a book that’s suits adults and children alike. 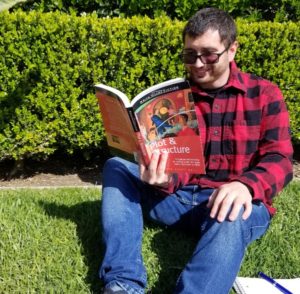